Chou and I met through...well, Facebook. Crazy, right ? Well the fact is, we do share many mutual friends and she had seen my work going around Facebook for years now. She has always been commenting on my Facebook posts and I just hoped, one day, that I would actually get to meet this awesome girl. In October, 2011, I found out through a bird that she was engaged. It wasn't Facebook official yet, but I wanted to drop her a note to be one of the first to send her my wishes.

After a few exchanges, I popped the question --- I asked her if she was going to give me the distinct honour to photograph her wedding. Yes, I asked. The rest...was history. We exchanged a bunch of messages after that regarding the wedding details and firming up the date. It was on.

Chou is as sweet as she looks. She is so considerate and generous and one of the nicest people you will meet. And she's funny ! Like myself, she is a visual storyteller...even in her own life. The images she sometimes posts on Facebook depicts a hilarious account of what life is like sometimes being married to a police officer, fisherman and hardcore gamer.

Dave, like I mentioned above, is a police officer. I remember getting into the car and leading them to the location for their engagement session. Every once in a while, I was like "Oh, Sh*t! did I violate a traffic code ??" It made me extra paranoid and I'm known for my 'rolling stops' LOL But Dave's cool. He's pretty normal when not in uniform. Don't let this baby face fool you...he's still all business !

Chou's wedding was the second wedding of my double header that weekend. As soon as Victoria and Anthony's wedding was over, I left downtown and headed straight to my hotel in Waterloo to rest up for this gorgeous wedding. I think I got to my hotel room around 1:30AM. Did I even brush my teeth ? I can't remember.  Anyways, here's a look into Chou and Dave's wedding... 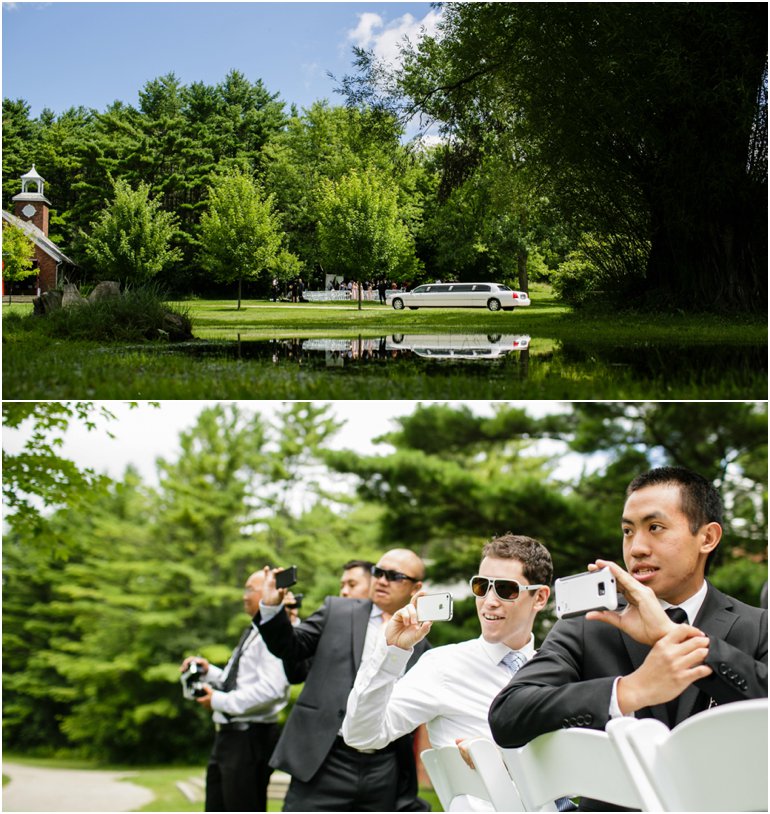 I need to take a break to explain the BEST game ever --- blindfolded musical chairs on yoga balls. It's exactly as described. This is, hands down, the best and most hilarious entertainment money can buy. Try it...you won't regret it and your guests will thank you.

Thank you Chou and David for having me at your wedding. You two are such a fun couple (and really, really, really ridiculously good looking). I couldn't stop smiling on your wedding day. It was absolutely beautiful. I know we had some hiccups with the the catering and such, but you two took it all in stride and continued to enjoy your day. And thank you so much for your incredibly generous gift as well. You went above and beyond. Thank you.

BTW, Chou is also a talented designer and photographer ! To see more of her work, visit her Facebook Page and show her some love.